The Irish Cricketers’ Association was founded in November 2017 to represent the interests of cricketers in Ireland.  We represent both the men’s and women’s senior national squads and are a recognised full member of the Federation of International Cricketers’ Associations (FICA). Our role is to represent the interests and welfare of our members, and to use our voice to shape the development of the game to the benefit of all stakeholders in our sport.

We recently appointed Kevin O’Brien as president and the ICA Board comprises past and current players as well as a part-time Administrator.  It is a crucial time for cricket in Ireland with our women’s team qualifying for the ICC Women’s Championship while our men’s side recently completed a historic series victory away from home vs the West Indies and have since qualified for the T20 World Cup later this year in Australia.  Irish cricketers face an increasingly competitive and professional international environment while domestically, cricket is growing as a sport of choice for children and adults that is diverse and brings a number of communities together.

To promote the game of cricket and to represent, promote, advance and protect the welfare and interests of members both domestically and internationally.

We believe that the key to success is through communication and coordination with the ICA Board, its members, Ireland’s cricket governing body and other partners.  We plan to build on our current membership base and extend it out to other groups, including domestic interprovincial and past players. We also aim to expand our organisation to include positions such as Player Development Manager, Player Welfare officer and to put together a Player Development Programme to further support our members.  While there is access to such resources for some members, our aim is to increase resources so as to make them available across the board so that members have the necessary tools to assist them with their current sporting career and the important transition into whatever the future holds beyond cricket. 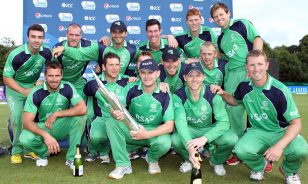 The ICAs’ principles are to: